In June 2021, a five-day strike took place at the German-owned Booster Precision Components factory in Beluša (Považie region, western Slovakia), which produces components for car turbochargers. The workers were defending themselves against wage cuts and other measures that the company began to implement in 2020, citing the difficult situation caused by the pandemic.

The strike had virtually universal support in the plant, and left the company paralyzed. Thanks to a blockade by picketing workers, the management was unable to export stocks of manufactured goods, or to stockpile components needed for assembly. The work stoppage eventually led to every one of the strikers’ demands being met, either in full or at least to a degree that far exceeded management’s original offers. In addition, the strike had several other important aspects:

We take a closer look at the strike in our 2021 pamphlet, We Have to Stick Together: The Story of the Strike at Booster Precision Components. 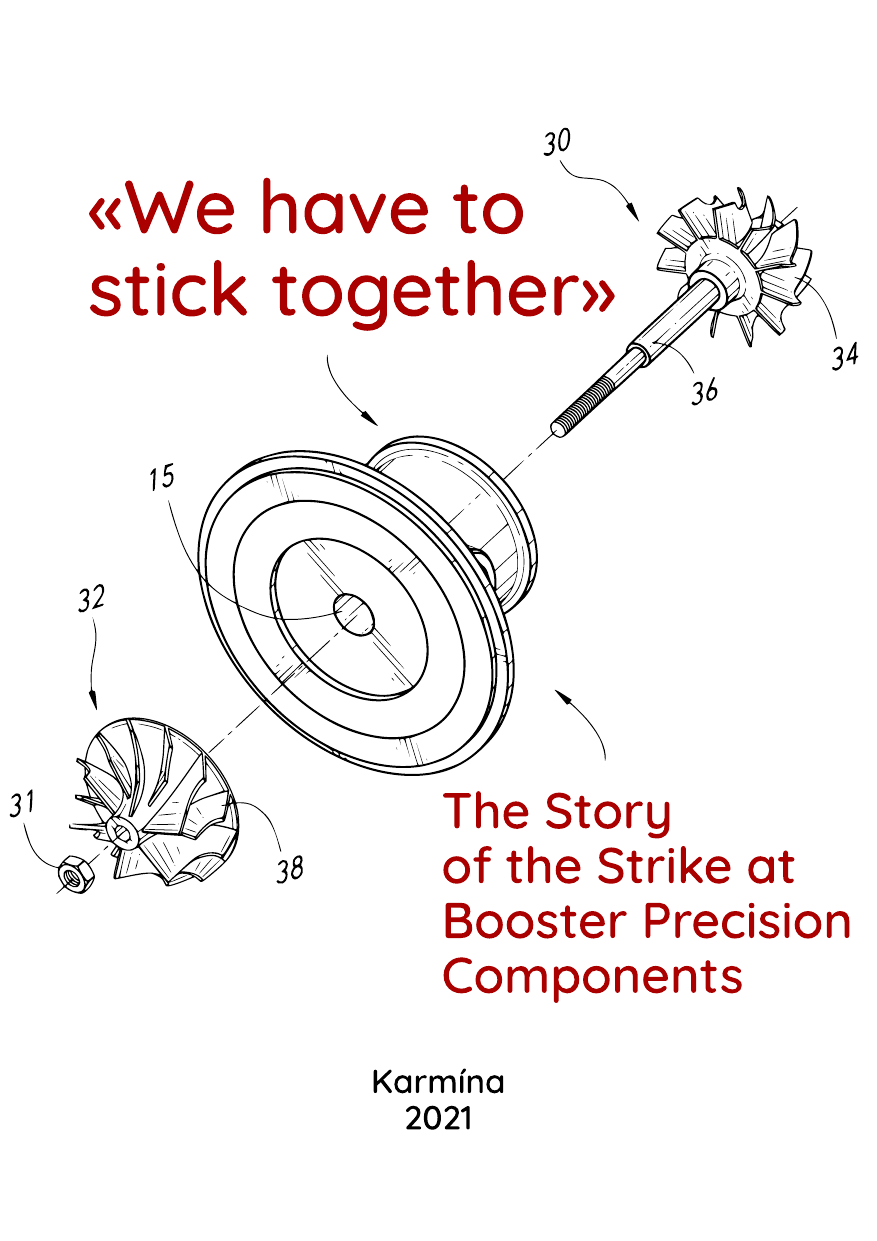 Karmína: We Have to Stick Together: The Story of the Strike at Booster Precision Components, 2021, 48 pages